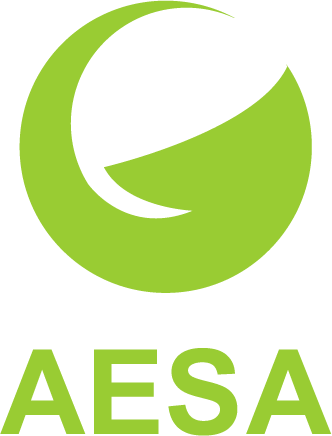 Sudip Misra is a Professor and Abdul Kalam Technology Innovation National Fellow in the Department of Computer Science and Engineering at the Indian Institute of Technology Kharagpur. He received his Ph.D. degree in Computer Science from Carleton University, in Ottawa, Canada. His current research interests include Wireless Sensor Networks and Internet of Things. Professor Misra is the author of over 300 scholarly research papers. He has won nine research paper awards in different conferences. He was awarded the IEEE ComSoc Asia Pacific Outstanding Young Researcher Award at IEEE GLOBECOM 2012, California, USA. He was also the recipient of several academic awards and fellowships such as the Faculty Excellence Award (IIT Kharagpur), Young Scientist Award (National Academy of Sciences, India), Young Systems Scientist Award (Systems Society of India), Young Engineers Award (Institution of Engineers, India), (Canadian) Governor General’s Academic Gold Medal at Carleton University, the University Outstanding Graduate Student Award in the Doctoral level at Carleton University and the National Academy of Sciences, India – Swarna Jayanti Puraskar (Golden Jubilee Award), Samsung Innovation Awards-2014 at IIT Kharagpur, IETE-Biman Behari Sen Memorial Award-2014, and the Careers360 Outstanding Faculty Award in Computer Science for the year 2018 from the Honourable Minister for Human Resource Development (MHRD) of India. He was the consecutively twice recipient of the IEEE Systems Journal Best Paper Award in 2018 and 2019. He was awarded the Canadian Government’s prestigious NSERC Post Doctoral Fellowship and the Alexander von Humboldt Research Fellowship in Germany.  His team received the GYTI Award 2018 in the hands of the President of India for socially relevant innovations. Dr. Misra has been serving as the Associate Editor of different journals such as the IEEE Transactions on Mobile Computing, IEEE Transactions on Vehicular Technology, IEEE Transactions on Sustainable Computing, IEEE Network, and IEEE Systems Journal. He is the Fellow of the National Academy of Sciences (NASI), India, the Institution of Engineering and Technology (IET), UK, British Computer Society (BCS), UK, Royal Society of Public Health (RSPH), UK, and the Institution of Electronics and Telecommunications Engineering (IETE), India.

Sujata is the Vice President of VMware Research Group. Her expertise is in topics related to software defined networking and network functions virtualization, and she is broadly interested in network automation and performance. Prior to joining VMware, she was a distinguished technologist and research director at Hewlett Packard Enterprise Labs, leading a network systems research group which conducted research on enterprise, service provider and datacenter networks. Prior to her industrial research career, she also held a tenured Associate Professor position at the University of Pittsburgh. She is serving as the technical program co-chair of the ACM SIGCOMM 2020 conference. She served as the technical co-chair of the 2018 USENIX NSDI and the 2017 ACM Symposium on SDN Research (SOSR) conferences and the general chair of ACM HotNets 2017. She has been on the technical program committees of several conferences such as ACM SIGCOMM, ACM CoNEXT, ACM HotNets, USENIX NSDI, IEEE ICNP and IEEE Infocom. . She received the Ph.D. degree from the University of Southern California (USC) and the B.Tech. and M.Tech. degrees from the Indian Institute of Technology (IIT) Bombay in Electrical Engineering. She holds 37 US patents and is a recipient of the U.S. National Science Foundation (NSF) CAREER award in networking research and two best paper awards. She also serves on the Corporate Advisory Board of the USC Viterbi School of Engineering. Starting July 2019, she is a member of the Computing Community Consortium (CCC) Council of the Computing Research Association (CRA). She was honored to be named in the list of 2018 N2Women: Stars in Computer Networking and Communications.

Elif Uysal is a professor of eectrical and electronics engineering at the Middle East Technical University (METU), Ankara, Turkey. She received her Ph.D. degree (2003) from Stanford University, her S.M. degree (1999) from the Massachusetts Institute of Technology (MIT), and her B.S. as valedictorian (1997) from METU.

The first inventor applied for 8 national invention patents (5 were authorized, and 3 were examined in substance).

Dr. Mahdi Deymi-dashtebayaz is an associate professor at HSU university (and a senior researcher at ITMO University) where he is now focusing on energy systems especially Renewable energies. For than 15 years, Mahdi has been working as a process engineer, researcher, co-supervisor, and professor for various companies/universities in Iran. Mahdi holds a Ph.D. in mechanical engineering (energy conversion) from Shahrood University of technology. His major interests are design of renewable energies systems, heat recovery and cogeneration systems, refrigeration system, and natural gas processing. In recent years, he has focused on the renewable-based multi generation systems, energy recovery and energy saving methods. He has published more than 80 papers in high rank journals and more than 50 in international conference. Also, Mahdi has participated in more than 20 research projects with various industries in Iran as moderator or collaborator. In 2017, Mahdi was introduced as the best researcher in Khorasan province by the governor of Khorasan. Also, he selected as best researcher in Hakim Sabzevari University for 5 times. Mahdi serves as section editor of the Gas Processing Journal and chairman of the committee of education and research of Iran energy association. He collaborates as reviewer in the Journal of Cleaner Production, Applied Energy, Energy, Applied Thermal Engineering, International Journal of Refrigeration, International Journal of Hydrogen Energy, Energy Conversion and Management and International Journal of Energy Research. In 2021, he started working with the ITMO University as a senior researcher in the form of a fellowship program.